This has to stop. Every time a Hollywood producer makes a remake, a kitten dies. Ok, maybe not, but I die a little inside.

The newest victim; Robocop. According to ComingSoon.net these are the newest pictures being released of the ‘new’ and very much NOT improved Robocop. 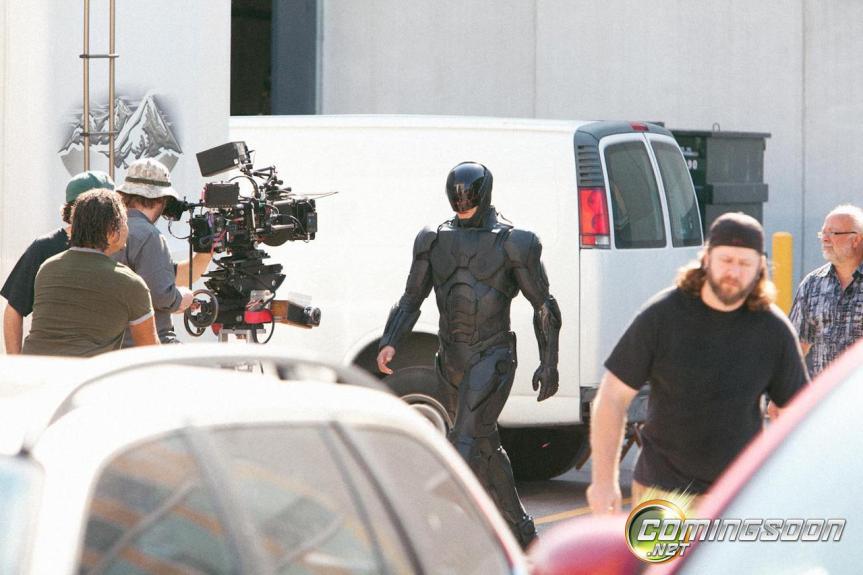 I think I just threw up in my mouth a little. I will say this in its favor;

1) In this global economy everyone needs a paycheck…badly. (They are filming this in Toronto, which is like Canada stealing our cash/jobs for our film industry. I ❤ Canadians but it is bad form by the producer.)

Joel Kinnamin is a Swedish-American from Stockholm, so I can’t throw shade (I’m Swedish, gotta support your people). However he was utterly unlikable on ‘Game of Thrones’s’ (- one point). But to he IS dating Olivia Munn (+ point there).

I have mixed feelings about this production. Great cast, possibility for good movie. Destroying my childhood like this, well EVERYONE has had enough. Plus, the suit looks more Alien vs. Predator than Robocop.

I’m 50/50 on this. How are you feeling about the new Robocop and suit?